I hate The Walking Dead. Many very smart, sensitive, and spiritual people love the show, like my husband, but not me. It’s not the haunted house make-up or the constant gargle of zombies that bother me. It’s that in order to survive, you have to kill. I hate it.

We now live 15 minutes from where the series is filmed, so I’m trying to watch this season. I’m also trying to win Best Wife Ever. I ask about 35 questions per episode, but Chris still invites me to join him every freaking time. A couple of weeks ago I groaned, “I cannot take it. If the zombies come, honey, just kill me. I wouldn’t want to live like this.”

Chris set his jaw, clenched his fist, and looked at me as if I just confessed an affair. He said, “Don’t say that. Don’t ever say that. We are fighters. We are survivors.” 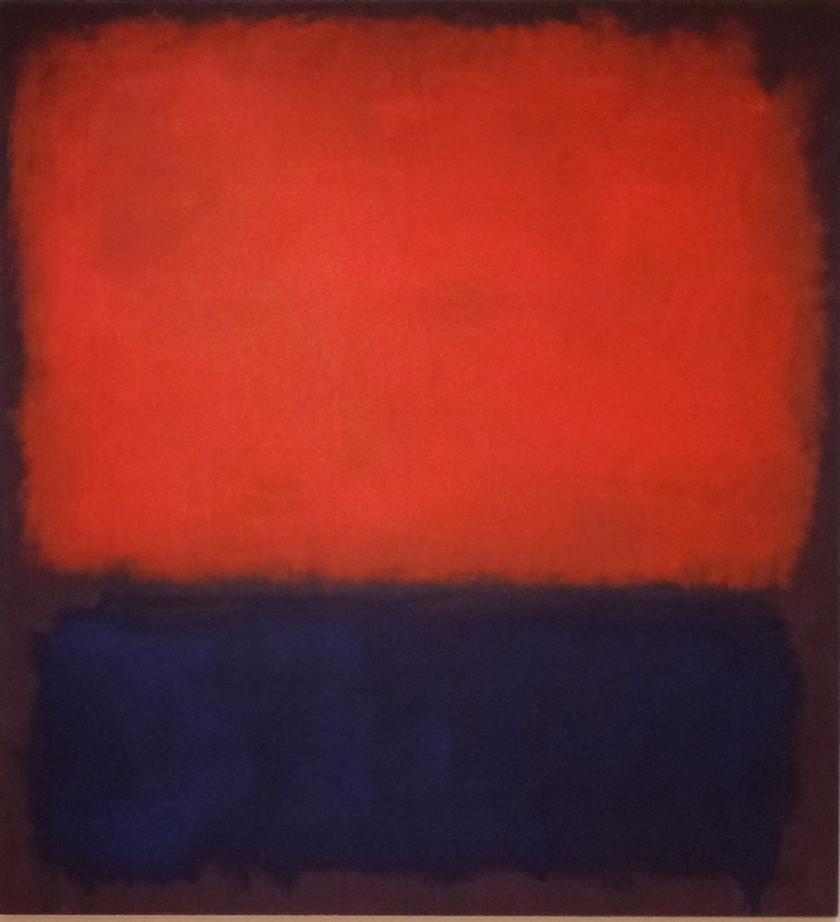 We told the kids about the attacks in Paris on Friday night at dinner. They asked if it was ISIS. I reluctantly told them it was.

Chris and I have always chosen to talk simply about the realities of our harsh world with the kids. How can we expect them to grow in compassion and justice if we hide them from suffering and injustice? We typically share bad news in three parts:

This plan isn’t foolproof. My short summary of Paris didn’t work on Friday. The kids looked alarmed, and in my haste and fear I blurted out, “Don’t worry guys, you’re safe.” Greta looked me in the eyes for confirmation. I nodded quickly and smiled feebly. I pictured a big red arrow tracking ISIS from Syria to Paris and then from Paris to Atlanta.

For over a year I’d been assuring my kids that ISIS would stay in the Middle East. We stayed current by listening to NPR in the car and skimming the Wall Street Journal. We even had a friend working with Syrian refugees come stay with us a few weeks ago. Europe never entered our stories. For us, Paris is the land of Madeleine, croissants, and where I got kicked out of the Louvre for taking a flash picture of the Mona Lisa. On Friday night I pictured Madeleine in her yellow hat under a white sheet on the sidewalk.

Tonight at dinner the big kids brought up Paris again. The entire CNN Student News broadcast at their school was about the attacks. They said it was hard, students were tearing up and teachers were tense. Zoë said what we’ve all thought since Friday, “It’s scary. I’m scared. What’s to stop them? Won’t they just come here next? This is just the beginning of their Phase 2. It’s World War 3.”

The entire FIX IT center of my mom brain lit up in alarm.

I took the mic and repeated what we told them on Friday. Greta rose her hand and said, “I would like to change the topic, please.” But Zoë looked too afraid. As the triage nurse of our family’s anxiety I knew we had to act fast. But nothing I said was working.

Chris jumped in and compared ISIS arriving in Georgia to lightning strikes and shark attacks. Caleb giggled. We talked about their grandparents living in fear of the Russians, and how every generation has something to fear, but they grow in courage and persevere. I could tell she wasn’t buying it. And she wasn’t going to stop worrying about this until we could give her a 100% guarantee that her life would be unaffected by terrorists.

I wanted to lie so bad. To her. To myself. I wanted to give her that guarantee.

Me: This is hard to stop thinking about, huh?

Me: It’s kind of like the mine cars under Gringotts in Harry Potter. Your thoughts have just jumped in and are dipping and swirling and racing all over the place?

Me: Zo, hon, we are not going to solve the problem of terrorism in the world. The 5 of us can’t fix that. But what can we do?

Me: That’s right. Remember Jesus said, “In this world you will have trouble. But take heart! I have overcome the world.”* Evil is here. But Jesus will always win in the end. Let him drive that mine car.

Me: Zoë. You do not need to be afraid. For whatever reason, our family has been called to Compassion. It will always win over evil. Did you hear about how Parisians acted on Friday night? They opened their apartments and let strangers in. They held and helped each other.

Me: Did you hear about all the people that gathered in the dark with lit up signs that said “Not Afraid.”

Z: Yes! I saw that on the news at school.

Me: This reminds of a fake fight Dad and I had a couple weeks ago. We were watching that zombie show he likes and I said, “if the zombies come, just kill me,” and he got SO MAD.

Chris: We are fighters, Zoë.

Me: So no matter what happens, zombies, ISIS, other crazy stuff, we will be okay. We will fight. Everyone will say, “I want to go to the Fritz’s hideout because it’s full of weapons and joy!” [weapons? what?]

Greta: [hand in the air] Can we change the topic now, please? 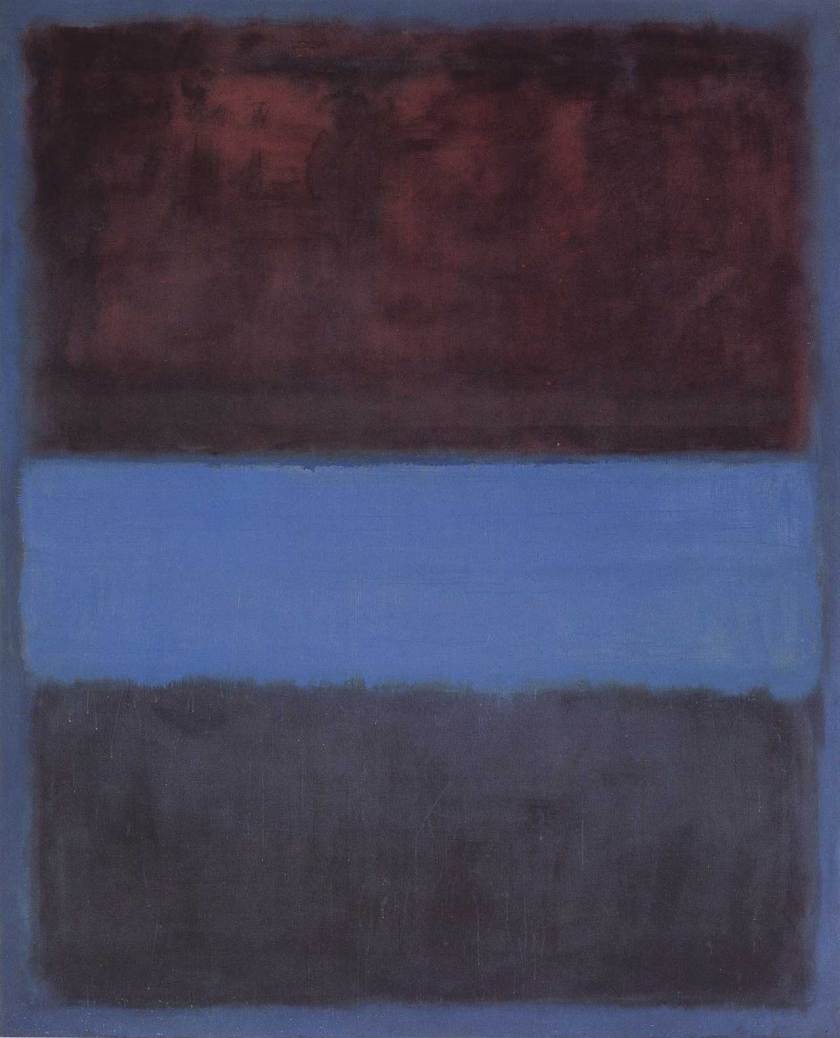 Later after everyone was tucked in, prayed for, and kissed goodnight, Chris invited me to watch the latest episode of The Walking Dead. I sighed and accepted the glass of wine he offered. Before it began we debriefed the dinner conversation.

Me: Did I really say our hideout would be full of weapons and joy?

Me:  [laughing] Oh gosh, why would I say that? Weapons?

Chris: I think you meant weapons of joy.

Team Fritz has no guns. We have zero training in fighting zombies or terrorists (aside from Chris’s cross-fit classes). But we have compassion, and I think that is a weapon of joy. We are praying for our enemies, asking questions, looking for answers, and attempting to love and serve strangers in new ways. Every time we try one of our compassion experiments joy invades our hearts. It shoves out our anxiety and fears. It renews our hope.

We are fighters. We are survivors.

Mark Rothko, White Center (Yellow, Pink and Lavender on Rose) , 81in x 56in, photo by TIMOTHY A. CLARY/AFP/Getty Images